As a child, Aparna loved to listen to her mother reciting nursery rhymes and to her father’s retelling of the Akbar and Birbal stories. When her mother told her a story, she changed it a little each time. This fired Aparna’s imagination and she made up things about it on her own. She never dreamt of being a writer, though as a young adult she dabbled in poetry. She wrote her first piece of fiction when her son was leaving home for university, and since then she has continued to write. Her fiction and poetry have been published in anthologies. She has written an adventure-filled literary romance called,” Across Boundaries” and is working through the plot lines of a novel about the impact of displacement. Her debut collection,”The Scent of Mogra and Other Stories” was published in September 2018. Aparna was a founder and editor of an Indian arts magazine in Toronto, has published several fiction reviews, and has enjoyed writing about Mumbai for a book of water-colour paintings titled, “Bombay!”.

Born in Mombasa, Aparna was raised in Mumbai. She has an M.A. and an M. Phil. in English. Professors such as the late Eunice D’Souza (a well-known poet) honed her critical skills, and when Aparna taught Literature at St. Xavier’s College (University of Bombay), she encouraged her students to question what they saw and read. After she moved to Canada in 1985 and obtained a B.Ed. from the University of Toronto, Aparna taught English at George Brown College. She found teaching especially rewarding when she helped Mumbai municipal school teachers, and students at the Canadian National Institute for the Blind.

Aparna has lived in London (UK) and in Singapore, and she has travelled to many parts of the world. She lives with her husband in Toronto and delights in the company of their two sons who work in the city. Reading and writing are her passion, and she takes every opportunity to pursue her interest in theatre and art. 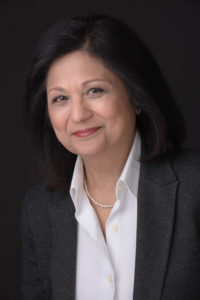